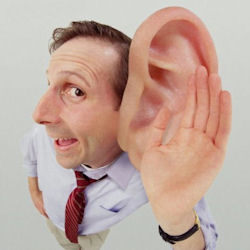 I recently met a Scrum Master friend who told me how he eventually figured out that the dip in performance of one of his Scrum team members was linked to a co-worker’s body odor!

Yes, a Scrum Master does everything and anything to help the team in doing what they are supposed to do – that is advancing the Sprint’s story towards completion!

Let’s take a look at the definition of a Scrum Master. Scrum Master is a person who facilitates the Scrum team in performing their tasks. He helps resolve the team’s blockers. These blockers could be directly related to their work – such as the team struggling to decide the design approach to take to go forward, or indirectly impeding them – such as environment outages or even excessive noise coming from the neighboring team area.

In order to justify the role of a Scrum Master, the person needs to possess the following skills:

Those were the general qualities of a Scrum Master. However, considering that most Scrum Masters have evolved from other roles, it is important to understand what must a person keep in mind when moving into Scrum Master shoes from a traditional PM, Tech lead, or QA Manager role.

In such a case, a mindset shift is required to not let their former experience come in the way of their new role. It requires a focus towards failing fast, creating a minimum viable product and increased team collaboration. Scrum Team can get into serious issues if this point is ignored while moving to a Scrum Master role. Some such real life examples include:

Having said so, if you put your old wine (skills) in the new bottle (of Scrum Mastery), you can win in the role like no on else. Here are some examples of the benefits your previous experience can bring to your new role:

Do you agree with the above qualities as key to perform the Scrum Master role successfully. Would you like to add anything else to the list?