“The next speaker is Tanav Sawhney.“, said Shreya, the Gavelier of the Day.

Tanav, my 9 year old son, emerged from the chair, walked in a confident gait, wearing his hat, and took the place to start the show.

He was loud and clear.

He started by asking the audience, “Do you know who is the King of Pop?“

(Technique 1) Surprisingly not many people knew that, but isn’t that such a great technique to start the speech – by starting with a question to get the audience’s brain to start exercising. It brings such a great engagement from them.

Tanav remembered all the techniques I had told him at different points when he was preparing the speech.

(Technique 2) First ten seconds in the speech are the key – the audience will decide if they want to stay with you or leave you, in those ten seconds.

Tanav had been able to grab the attention in those ten seconds. There was so much he did in that time – seemed such a natural progression.

There was pin drop silence when he was speaking. The audience was all ears. They had decided to stay with him. His question was followed by him saying, “For the next 2 minutes, I am Michael Jackson!”

Bold statement. Requires a lot of confidence to say that you will step into the shoes of the King of Pop.

Right after that claim, Tanav did a spin around but acted like he fell. That might have disappointment the audience a bit because they had made up their minds to see something great.

But it was part of the plan to fall, only to get up. “Let me try again.“, he announced as he wore his hat.

This time around, he was able to spin around, jump up and land on his toes. He remained in that pose for a few seconds.

Audience was all cheers.

Information and value bombs dropped all through Tanav’s 3 minutes and 10 seconds speech.

Tanav continued with sharing more information about Michael, his full name, his love for pets and his rather unusual pets – a chimpanzee, and a python, him being the first black artist to come on MTV, the Queen of Pop, his love for humanity, his most selling albums and so on.

There was bags full of information for the audience to go back.

I can say with certainly that a few will definitely look up on Youtube and Google and learn and enjoy Michael’s songs.

And Tanav did complete justice to the trailer – He sang as he had mentioned about the most selling albums and even danced, showing his own love for the greatness of Michael and inspiring the audience to find out more.

(Technique 6) Play the part with all you’ve got and enjoy.

You learn best in moments of enjoyment.

Tanav sprinkled humor in his speech throughout. Like when he asked, “Do you know what is MJ’s python’s name?”

Then added, “It’s Madonna, the Queen of Pop!”

The way to entertain the audience is to enjoy the speech yourself. Tanav was thoroughly enjoying the act such as when he acted like MJ’s chimpanzee and python, when he danced and on it goes.

His use of props – the MJ Hat, the black armband and even the choice of his dress showed that he is here to perform. Just like Him.

His moving from one place to the next when he shared MJ’s three most selling albums was very impressive – very experienced speakers forget that so often. He used the stage with such perfection when he pointed to three different places while mentioning, the people who are dying, the children in pain and people living in poverty.

(Technique 7) Give them something original. Something novel.

Tanav said, “His full name was Michael Joseph Jackson.” and then he added, “He is called MJ in short form, but I think he should be called MJJ..“

The way Tanav emerged out of Michael’s body, and said, “I was trapped inside Michael for so long.”

With all the above going on in a ~3 minutes speech, it’s easy to forget the overall message the speaker wants to convey.

(Technique 8) There must be a single clear overall message for the audience.

As Tanav emerged out of Michael’s body, he said, “I am Tanav. I also want to help the people who are dying, the children in pain and the those living in poverty”

Then he urged the audience, “You also please help them, and be like Him and me.“

I write Him in capitals because I feel the way Tanav said it, there was a double meaning in that, he meant not only Michael but also God Almighty himself. Tanav had pointed up above as he had said “Him”.

Something even he may not be able to understand himself also being a nine year old, but he will realize it as he grows.

(Technique 9) The last ten seconds are the final key

Tanav was at peace as he said “..be like Him and me.” His eyes slowly closing peacefully, and his arms and head stretching upwards and then back.

He remained in that pose for a few seconds before he said, “Thanks.“

That made every soul in the audience believe in Tanav’s message.

He received the audience’s standing applause with such grace and then moved out of the stage with a moonwalk.

Video is attached. Please write your unbiased opinion in the comments below. 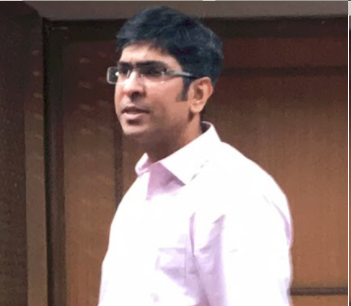 Never could I imagine this step would end up being one of the best one of my life. After all, it wasn’t a big deal going to attend a Toastmasters club meeting as a guest.

Couple of meetings and something in it looked nice. I didn’t exactly know what it was but it was enough for me to decide that I would join as a member.

With each meeting, I sensed something was going right. Still not sure where it would take me but it was enough for me to keep going the path. I was enjoying each step and learning along the way. So, I kept going.

It kept getting better. Today, after being in a relationship with Toastmasters for 5 years, I sometimes think if Toastmasters was a person, she would be

Above qualities are also the qualities I look for in my friends. If Toastmasters were a person, it would certainly be my best friend!